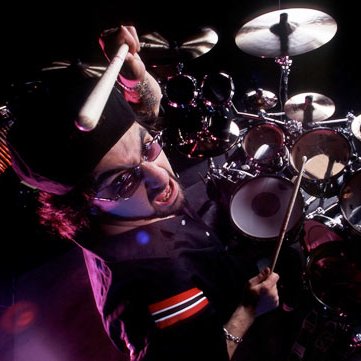 Who Is Mike Portnoy?

Michael Stephen “Mike” Portnoy was born and raised in Long Beach, New York. Mike Portnoy developed an interest in music early on, because of his father Howard Portnoy, a huge fan of rock music that worked as a rock DJ at a local radio station in the early 1970s. Mike Portnoy was constantly surrounded by a wide variety of rock music. Tunes from artists like The Beatles, The Rolling Stones, The Who, Led Zeppelin, The Doors, and Jimi Hendrix were a constant in his life, having an early impression on him. By the time he was 5 years old, Mike Portnoy was already playing his record player with the hundreds of records he had in his personal collection.

Mike Portnoy’s interest in music didn’t fade out as he grew older. Seeing that it was his biggest passion in life, Mike Portnoy’s parents gave him a 4-piece, blue-sparkle, no-name brand drum set as a gift for his 11th birthday. Mike Portnoy began learning how to play drum set by playing along to a lot of classic rock albums. Mike Portnoy’s first big drumming influences were Keith Moon, Ringo Starr, and John Bonham. Mike Portnoy was self-taught, gaining a great amount of knowledge on drumming technique by listening and playing along to Rush and Frank Zappa. By the late-70s, Mike Portnoy’s musical interests began shifting to heavier sounding bands like KISS, Iron Maiden, and The Ramones.

From 1982 to 1983/84, Mike Portnoy played with classic rock and early heavy-metal cover bands. The first one he played with, which was actually his first band, was called Intruder. With them, Mike Portnoy played songs from artists like Van Halen, Black Sabbath, and Led Zeppelin. Although Mike Portnoy was self-taught, he took music theory classes in high-school and played in its jazz stage and marching bands. Ninety eighty-four was the year Mike Portnoy’s drumming was first featured on a full-length album, when he recorded drums for Rising Power’s Power For The People.

As Mike Portnoy grew older, his interest in learning about music grew with him. So in 1985, Mike Portnoy decided to apply for several scholarships at different music colleges. After recording 12 a.m. with the band Inner Sanctum, Mike Portnoy was awarded the “Steve Smith” scholarship by the Berklee College of Music in Boston, Massachusetts. To this day, Mike Portnoy believes that the tape he sent in to Berklee as part of his application was the main reason he got the scholarship, since it showed he was an open-minded person that was willing to learn about different music styles. The tape included two tracks from Rising Power’s Power For The People, one track from his high-school jazz band, and one track from the marching band he was in. Mike Portnoy ultimately quit from Inner Sanctum and moved to Boston. In Berklee, Mike Portnoy received formal training in harmony, theory, arranging, and ear training. The classes he took really helped him develop his musical sense, more so, than his actual drumming skills.

While practicing at one of Berklee’s practice rooms, Mike Portnoy came across guitarist John Petrucci and bassist John Myung, who, much like Mike, were from Long Island. The three of them stroke up an immediate friendship due to their shared musical tastes and origins. They ended up forming a band that gained some notoriety in Berklee for performing music from bands like Iron Maiden and Rush, since most students were more interested in classical and jazz music. The name of the band was decided while the three of them were in a waiting-line for tickets to a Rush concert at the Berklee Performance Center. While listening to Rush on a boombox, Mike Portnoy commented that the end section of the song “Bastille Day” from Rush’s Caress Of Steel sounded “majestic”. They enjoyed that word so much that they decided to call their own band “Majesty”. Armed with a name for the band, they decided that it was time to recruit more musicians into their ranks.

After enlisting Kevin Moore as a keyboardist and Chris Collins as the lead vocalist, Mike Portnoy, John Petrucci, and John Myung decided to abandon their studies at Berklee. They felt they had nothing more to learn from college and didn’t want to neglect the band, whose chemistry was getting better by the day. Eventually, Kevin Moore left his college to concentrate on the band as well.

As 1986 rolled in, Majesty recorded The Majesty Demos, an “album” full of demo tracks that became popular within the progressive-metal scene. In November, 1986, and after replacing Chris Collins with Charlie Dominici, a Las Vegas group named Majesty threatened legal action for intellectual property infringement related to the band’s name. Forced to adopt a new identity, and after rejecting names like “Magus”, “M1” and “M2”, the band went as “Glasser” for about a week. After fans reacted poorly to this name change, the band settled on Mike Portnoy’s father suggestion of naming the band after a small theater in Monterey, California. Dream Theater, one of the greatest progressive-metal bands of our time, was born.

The recording and writing process for Dream Theater’s next studio effort Falling Into Infinity (1997) was a very stressful experience for the band, due to their label’s heavy interference. They pressured Dream Theater to write a more commercial album, refused to sell it as a 140-minute double album, and even recruited Desmond Child to help the band re-write “You Or Me”, which became known as “You Not Me”. This whole ordeal was quite detrimental to the band, who have since trusted the production of their own music to the partnership of Mike Portnoy and John Petrucci.

Metropolis Pt. 2: Scenes From A Memory (1999) was conceived as the sequel to “Metropolis, Pt. 1: The Miracle And The Sleeper”, a song written for Images and Words. It was Dream Theater’s first album to feature Jordan Rudess on keyboards. The album reached #73 on the Billboard 200, #2 on the Billboard Top Internet Albums, and has been awarded a gold certification from the Recording Industry Association of America (RIAA). The double-disc Six Degrees of Inner Turbulence (2002) and Train of Thought (2003) where Dream Theater’s next studio efforts. Train of Thought peaked at #53 on the Billboard 200 and at #9 in the Norwegian Album Charts.

While working with Dream Theater, Mike Portnoy developed a series of side projects. The first one was Liquid Tension Experiment, an instrumental progressive-metal super-group he created in 1997 with John Petrucci on guitar, Jordan Rudess on keyboards, and Tony Levin on bass and Chapman stick. Transatlantic was the name of the progressive-rock band Mike Portnoy put together next, more precisely, in 1999.

Mike Portnoy worked on two studio albums with progressive-rock band OSI, and on the recording of Avenged Sevenfold’s Nightmare (2010) as well. Since 2003, Mike Portnoy has contributed drums to seven of Neal Morse‘s releases. Besides the original material Mike Portnoy has recorded with the many artists and bands he has been a part of, he has created tribute bands in honor of his favorite classic rock bands: Yellow Matter Custard (The Beatles tribute band), Hammer of the Gods (Led Zeppelin tribute band), Cygnus and the Sea Monsters (Rush tribute band), and Amazing Journey (The Who tribute band).

On September 8, 2010, the unthinkable happened. Mike Portnoy released an official statement where he informed the world that he had left Dream Theater. It all came about when the remaining band-members vetoed Mike Portnoy’s request of Dream Theater going into an indefinite hiatus. Mike Portnoy was feeling burned out by 25 years of non-stop commitment to the Dream Theater. Therefore, a big break was something he was really in need of. Due to the band’s decision of continuing without him, Mike Portnoy decided to terminate his involvement with Dream Theater for good.

To this date, Mike Portnoy has worked on 3 instructional DVDs and 1 instructional book. His first instructional product was the DVD Liquid Drum Theater (1999). This 2-disc set encompasses Mike Portnoy performing and breaking down drum parts from Dream Theater and Liquid Tension Experience’s albums. In 2002, Mike Portnoy’s much awaited transcription book was published. It’s called Anthology Volume 1 and features note-for-note transcription of music from Dream Theater, Transatlantic, and Liquid Tension Experiment. His next DVDs, Progressive Drum Concepts and In Constant Motion were released in 2004 and 2008, respectively.

What Can We Learn From Mike Portnoy?

Mike Portnoy established himself as one of the top drumming figures of modern rock and heavy-metal drumming during his 25-year stint with Dream Theater. Not only that, but his quite approachable and down to heart persona, coupled with a very heavy sense of musicality, and of respect and gratitude towards his fans, have earned him an enormous following among the drumming community.

Mike Portnoy’s fame is a result of hard work, musicality and creativity, which are actually his strongest facets. Although you may find that he overplays at times, you have to listen carefully to the music he’s playing to understand that he’s actually just complementing the songs as best as possible. The intro section of Liquid Tension Experiment’s “When The Water Breaks” is an extremely good example of just that. Mike Portnoy plays a bunch of drum beat embellishments in the form of very broken and orchestrated ride patterns, and a bunch of hand-to-feet combinations that actually complement the phrasing of the remaining members of the band quite well. In this case, playing less would be just that, less.

In Dream Theater’s “Count Of Tuscany”, Mike Portnoy uses the same type of ideas discussed in the previously, to complement the other musicians as best as possible. This is especially noticeable in the section right after his first big hand-to-feet combination. Mike Portnoy uses broken ride patterns, the snare and the toms to accentuate the melody of the guitar and keyboard. In Dream Theater’s “Ministry Of Lost Souls” there is a section around 7 and a half minutes into the song, where Mike Portnoy plays two very cool and interesting sounding patterns. In the first one, Mike Portnoy combines the toms with the octobans to create a tribal and ethnic sounding pattern. In the second pattern, Mike performs a double bass single stroke roll with the feet while playing some thick flams around the toms and snare with the sticks.

Dream Theater’s “In The Name Of Good” is a great example of Mike Portnoy’s versatility behind a set of drums. From around minute 8:37 to minute 9:50, Mike Portnoy moves away from a rock- oriented drumming and starts delving into the world of Latin drumming. He starts by hinting at this style of music by mixing a soca (soul-calypso) drum beat with a rock groove. After a small section with some rock patterns, Mike Portnoy goes full-tilt on the Latin feel by playing this great sounding mambo drum beat variation. This combination of rock and Latin drumming is another great example of how creative and imaginative Mike Portnoy can actually be.

Besides his creativity when writing original drum parts, Mike Portnoy’s hand-to-feet combinations and his very original approach to playing orchestrated ride patterns around the cymbals are also great trademarks of his. If you’d like to listen to a classic Mike Portnoy hand-to-feet combination, check the drum pattern with which Liquid Tension Experiment’s “Paradigm Shift” starts. As for orchestrated ride patterns – besides the ones that we’ve talked about thus far – we’d encourage you to listen to Dream Theater’s songs “Panic Attack”, “Blind Faith”, “Stream of Consciousness”, and “Constant Motion” for some blistering and SICK examples. As you listen to these tracks, you may notice that the drum parts from similar sections of a song – like the different verses – are usually approached differently. This is yet another one of Mike’s peculiar ways of writing drum parts.