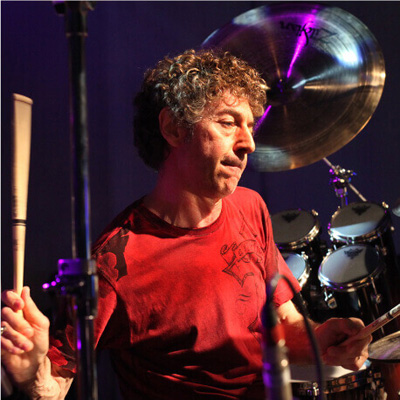 Who Is Simon Phillips?

Simon Phillips is one of the most versatile and respected drummers today. He is an expert in English jazz fusion and rock. His interest in music started at an early age. He was first introduced to drums at age of three by his father, Sid Phillips, who himself was a bandleader. During his early years he used to practice on biscuit tins and toy kits and later, on cymbals. Simon’s first success came at the age of six, when his father let him record his two rehearsed songs during BBC recording sessions.

Phillips was born on February 2, 1957 in London, England. He was an ardent lover of music and spent a lot of time practicing drums. Phillips went to Winchester House School, but the routine at the school didn’t allow him time to practice or pursue his dream in music. He therefore joined Bushey Myrad’s Comprehensive School so that he could be part of the school band. It was while at school that he started gaining experience as a drummer. With this experience, his father invited him to tour Britain for concerts with his father’s Dixieland Band.

When his father died, Dixieland Band disbanded and Phillips opted for other bands. In1974, Phillips was offered a chance to play in a musical, “Jesus Christ Superstar”. His superb performance made him one of the most sought after drummers and he went on to do sessions with various bands and artists. His biggest break came in 1976 when he performed with Phil Manzanera and Brian Eno on the hit 801 Live record. From then on, his prominence as a drummer was unquestionable. He soon got assignments with several celebrated artists such Pete Townshend, Roger Daltrey, Toto, Jeff Beck, Jordan Rudess, Brian, Toyah, The Who, Mike Oldfield, Trevor Rabin, Gary Moore, 10cc, Mick Jagger, Ph.D., Jeff Beck, Stanley Clark, Judas Pries, Mike Rutherford, John Wetton, Asia, to name but a few.

By 1979, Simon had toured outside Britain to U.S.A. and recorded “Rocks, Pebbles and Sand” with Stanley’s band. After this tour, Philip felt a stronger feeling to improve his music scope with more artistic styles and innovations. In 1989, he went toured America for The Who’s American Reunion Tour. He also played with Roger Daltrey and Pete Townshend when they made their solo records. Phillips also played with Judas Priest when the band recorded for their 1977 album, Sin After Sin and also played with the Germany renowned rock guitarist Michael Schenker when he recorded The Michael Schenker Group, his debut album. Among many albums that gave him instant fame was the “House Tricks”, which he recorded with The Bruce Band.

Among other notable works by Phillips includes playing with Derek Sherinian in Sherian’s four solo records, where he was the co-producer and helped in mixing the tracks. These records are Inertia Black Utopia, Mythology and Blood of the Snake. Phillips has also worked with Mike Oldfield as the co-producer in two of Oldfield’s albums. Phillips, along with Jeff Beck, Jimmy Page, Eric Clapton, Steve Winwood and other notable artists appeared in the A.R.M.S. concert video of the 1983. The proceeds from this production were to benefit the late singer, songwriter and bassist Ronnie Lane.

Phillips joined Toto In 1992, to replace Jeff Porcaro who had died suddenly. Phillips had a good bonding with group. They nicknamed him “Si-Phi” or the shorter version, “Si”. While with Toto, Phillips handled the engineering matters in their studio recorded albums Through the Looking Glass and Falling In Between including also their live productions Livefields their 1999 album, and the 2003 DVD, Live in Amsterdam.

His artistic playing style and innovative ways of composing made him a band leader in a band which included experienced musicians like guitarist Ray Russells and bassist Anthony Jackson. This group recorded the album Another Lifetimes in 1997 and Vantage Point, which was released after three years. The albums had unique style, but with pure jazz. The following year “Interia”, “Out of the Blue”, “Moonbabies” and live CD “Live from Oz” were released. These albums were a montage of rock, fusion and jazz, showing a sensitive reflection of various moods.

During these years he toured around Europe, Asia and South America with his band. In 2004, Simon traveled many European countries like Italy, Germany among others playing and conducting drum workshops. Young drummers and music fans came from different countries to learn more about techniques and tuning of drums. He later said that he was really overwhelmed by the public response to the workshops.

Phillips is still busy today as he has always been, doing sessions, side projects and production work with various bands and artists. In 2006, he released a DVD with his jazz band, Vantage Point. The name of the DVD is Resolution, which he has co-produced with writer and pianist Jeff Babko, trumpeter Walt Fowler, saxophonist Brandon Fields and bassist Alphonso Johnson.