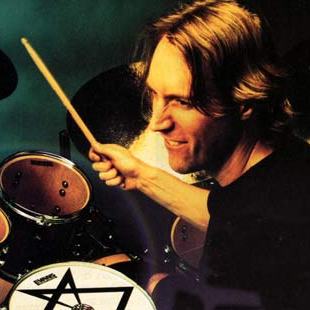 Who Is Danny Carey?

Daniel Edwin “Danny” Carey was born in Lawrence, Kansas to parents who were finishing their college degrees at Kansas University. When Danny Carey was 3 years old, the Careys moved to Paola, Kansas. Danny Carey grew up in a middle-class American household with an older and a younger brother. Danny Carey’s mother was a school teacher and his father worked as a manager for a large insurance company. It was Danny Carey’s father who first exposed him to the wonders of music, by taking him to the music library at the University of Kansas to show him Gustav Holst’s most famous suite, The Planets.

Danny Carey’s drumming career was jump-started at the age of 10, when he joined the school band and began taking private snare drum lessons with Keith Murray. At the age of 13, Danny Carey took a step further in his percussion studies by taking on the drum set as well. Bryan Ayers, a man with whom Danny Carey would study for the following 2 years, was his first drum set teacher. Much like Keith Murray, he had the reputation of being the best drummer in Paola, Kansas. Through junior high and into high-school, Danny Carey continued his drumming education with private instruction from John Whitney, with whom he worked, having music college in mind. During his last year in Paola High School, Danny Carey joined the jazz band and studied jazz with Allen Carter, one of Joe Morello‘s students.

After high-school, Danny Carey was able to secure a spot at the Emporia State University, Emporia, Kansas where he had Rex Stone as his drum instructor. After only 1 semester, Danny Carey relocated to Kansas City, where he enrolled at the University Of Missouri-Kansas City (UMKC) where he studied under Charmaine Asher-Wiley for the next 4 years. Danny Carey’s approach to percussion instruments was heavily influenced by Michael Udow, principal percussionist with the Santa Fe Opera, New Mexico and a teacher at UMKC at the time. During this period of his life, Danny Carey had a lot of classical training, partook in recitals, and experienced Kansas City’s jazz scene as both a listener and a player.

As Danny Carey progressed through high-school and college he began expanding his studies in percussion with theory into the principles of geometry, science, and metaphysics. He also studied Sacred Geometry, the symbolic and sacred meaning that’s attributed to geometric shapes and proportions, and the occult. The new knowledge he was acquiring influenced his technique, the way he played, and even the way he set his drums and cymbals.

Once Danny Carey was done with college, a friend and band-mate of his convinced him that moving to Portland, Oregon would be a wise career move. However, Danny Carey didn’t stay long in Portland. After playing briefly for various bands he packed his things and moved to Los Angeles (L.A.), California in 1986. In L.A., Danny Carey worked in a tape duplication house and did a fair amount of session gigs. One of them was with famous singer and songwriter Carole King. He also played for Wild Blue Yonder, Pigmy Love Circus, and recorded the album Cereal Killer (1991) with Green Jellÿ, where he was known as Danny “Longlegs”. Danny Carey eventually left Pigmy Love Circus to give his new band “Tool” his undivided attention.

There’s not a consensus about the story behind Tool‘s formative years (1989/1990). There are at least two known versions of how the band got started. Both agree that Danny Carey was Maynard James Keenan’s (Tool’s vocalist) neighbor at an apartment complex in L.A., but diverge on who found whom first. One story goes that Tool began when Danny Carey met Adam Jones (Tool’s guitarist) through Tom Morello of Rage Against the Machine, and that after hearing Maynard scream at another neighbor Danny Carey invited him to sing for the band.

The second story suggests that Adam Jones and Maynard James Keenan formed the band and that Danny Carey joined them afterwards. Since he was constantly subbing for drummers who where invited to jam with Jones and Maynard but never actually showed up, Danny Carey eventually was invited to be their permanent drummer. Tool’s lineup was completed when a friend of Adam Jones introduced them to guitarist Paul D’Amour, who joined the band to play bass guitar.

After almost 2 years of performing in the L.A. music scene, Tool was approached by various record companies who were interested in signing them. They eventually worked out an agreement with Zoo Entertainment, and by 1992 were releasing the extended play (EP) Opiate.

Tool has recorded 4 studio albums. Undertow (1993) was Tool’s first full-length album. The record has sold over 2,9 million copies in the United States (U.S.) alone. Undertow has been certified platinum in Canada, and double platinum in the U.S. by the Recording Industry Association Of America (RIAA).

Tool’s sophomore release AEnema (1996) debuted at number #2 on the Billboard 200 chart. It’s Tool’s best selling album to date, having sold more than 3,4 million copies in the U.S. since its release. It has been certified platinum in Canada and Australia, and triple platinum in the U.S. by the RIAA. AEnema caries the distinction of being Tool’s first album to be nominated for the Grammys, in 1998. The album was nominated in the “Best Metal Performance” and “Best Recording Package” categories. The song “Stinkfist” was nominated for “Best Music Video, Short Form”. Tool ended up taking home the Grammy for “Best Metal Performance”.

Lateralus (2001) debuted at #1 in the Billboard 200 chart. It was certified silver in the United Kingdom (U.K.), platinum in Australia, and double platinum in the U.S. and Canada. The album has sold over 2,6 million copies in the U.S. since its release. Lateralus‘s first single “Schism” was nominated to, and won, the 2002 Grammy award for “Best Metal Performance”.

Tool’s 10,000 Days saw the light of day in 2006. It peaked at #1 in Australia and in the Billboard 200 chart. The album sold over 560 thousand copies in the week of its release in the U.S., and has since been certified platinum in Australia, U.S., and Canada. Over 2,7 million copies of 10,000 Days have been sold around the world. Much like their previous releases, 10,000 Days was nominated for Grammy awards. The album was nominated in the “Best Recording Package” category in 2007, and the songs “Vicarious” and “The Pot” were nominated in the “Best Hard Rock Performance” in 2007 and 2008, respectively. Once again, Tool took home a Grammy by winning in the “Best Recording Package” category.

Besides the work developed with Tool, Danny Carey has contributed to various projects during his time in Los Angeles. Danny Carey, Kirk Covington (vocals/keyboards), Lance Morrison (bass guitar), and John Ziegler (guitar) get together regularly to play some shows around L.A. as VOLTO!. VOLTO! is a jazz rock fusion jam band whose set-list includes both original songs and covers of classic rock and jazz fusion songs by artists such as Jimi Hendrix, The Allman Brothers, Led Zeppelin, Billy Cobham, and Tony Williams Lifetime. Danny Carey was also a member of the industrial rock band known as Pigface.

What Can We Learn From Danny Carey?

Danny Carey is one of the most progressive drummers in the rock and heavy-metal scene. His rhythmic vocabulary and love for rudimental drumming, coupled with a high level of independence and facility within the realm of odd-time signatures and polyrhythms, makes for an insanely creative drummer.

During the years Danny Carey studied under different teachers, he worked non-stop on his hand technique and rudimental prowess. Pigmy Love Circus’ songs like “Livin’ Like Shit” and “Madhouse Clown” are a great example of his rudimental chops, featuring some cool sounding marching cadences. Danny Carey treats his feet just like he does his hands. He practices drum rudiments and snare drum solos with his feet to improve his double bass drumming, independence and hi-hat technique.

Four-way coordination was another one of the main subjects Danny Carey really liked studying. Books like Jim Chapin‘s Advanced Techniques for the Modern Drummer (1948), Four Way Coordination (1963) by Elliot Fine and Marvin Dahlgren, and Gary Chester’s New Breed (1985), helped him achieve an above average level of independence that set the standards for his playing on Tool’s various albums.

So if you were on the fence about learning independence or drum rudiments, Danny Carey’s drumming is a great showing of what these two important drumming concepts can do to your drumming abilities. The more technique and independence you have, the better you’ll be at playing what you want, when you want.

Danny Carey’s rhythmic knowledge was greatly expanded at a later stage of his life. In 1998 Danny Carey met Aloke Dutta, a tabla drum master with a quite vast knowledge of classical east Indian drumming. Not only did he teach Danny Carey how to play tabla, but also shared a great amount of knowledge on the Indian drumming language. Danny’s drum set playing and rhythmic knowledge benefited from this new learning experience. His comfort with polyrhythms and hemiolas, finger control, and his inner clock improved greatly as well.

“The benefits of learning a whole other drumming language are too numerous to mention here, but could be likened to a history or literature scholar learning another language. Suddenly you have another whole world opened up before you and the hard part is not getting completely lost in it. If you have the time there’s nothing wrong with that, but finding connections that were applicable to my goals made more sense to me. The challenge now is to keep from spreading myself too thin. An entire lifetime could easily be spent on studying Tabla and east Indian music, and Aloke is an extremely well versed teacher that makes this very obvious.” – From Danny Carey’s official website.

Songs like Tool’s “Rosetta Stoned” and “Eulogy” are great example of Danny Carey’s great control of odd-time signatures, polyrhythms, and rhythmic phrasing. Near the end of “Eulogy” you can listen to a 4-over-3 polyrhythm that serves as a great example of Danny Carey’s control over this type of rhythmic concept, due to the playing of the counter rhythm as very fast open-closing of the hi-hat. “Rosetta Stoned” is a killer song that’s filled to the brim with different odd-time signatures. It features a cool section where Danny Carey plays a polymetric figure of a 5/16 odd-time pattern against a 3/4 odd-time pattern. You can listen to it at around the 6:55 mark.

All of what we’ve talked about here works as a unit when it comes to Danny Carey’s playing. You see, his level of independence, coupled with his great chops and rhythmic sense have helped him develop a very unique and innovative voice on the drum set. Learning a whole new style of music – not just drumming – further helped establish Danny Carey as one of the top drummers in the world. So don’t be afraid to think outside of the box and to learn things that are way different from what you know already. It will do wonders for your playing, and will your creativity beyond what you thought possible.